The Recording Industry in Numbers (RIN) is the essential guide to the global music business, containing a wealth of definitive data exclusively compiled by IFPI.  Key highlights of the 2013 edition include:

“The broad picture that emerges is of an extremely diverse industry.  Most of our major markets have stabilised, digital continues to grow, revenue streams have diversified and we are starting to deliver on the huge potential in emerging markets. Against this, there were sharply declining revenues in Japan, a market which accounts for one-fifth of global revenues and is right at the start of its digital transition.  Yet the difficulties in one market, however large, should not divert us from a broader story of digital opportunity.”

IFPI’s Recording Industry in Numbers is available free to IFPI members and can be purchased by non-members here.

IFPI is the organisation that promotes the interests of the international recording industry worldwide. Its membership comprises some 1,300 major and independent companies in more than 66 countries. It also has affiliated industry national groups in 55 countries. IFPI’s mission is to promote the value of recorded music, safeguard the rights of record producers and expand the commercial uses of recorded music in all markets where its members operate. 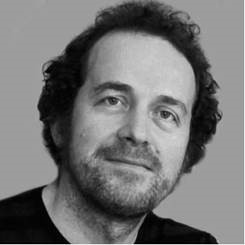 vKontakte should be licensed, respect copyright and pay artists.

London, April 3, 2014 – Legal proceedings have been filed by the recording industry today against vKontakte (VK), the Russian social network that operates a music service deliberately facilitating copyright piracy on a large scale.

The action is taken to protect the rights of record companies investing in Russia and to help develop a thriving licensed music business. The litigation comes after months of preparation, during which repeated attempts have been made to persuade VK to tackle its copyright infringements.

The claims, filed in the Saint Petersburg & Leningradsky Region Arbitration Court, charge VK with creating a service aimed at large-scale infringement of the rights of copyright holders.  The company operates an unlicensed music service involving a huge library of copyright-infringing tracks that are stored on its website. The service provides unlimited access to this repertoire, enabling its tens of millions of users to search and stream music.

Three separate cases have been filed by three  record companies: Sony Music Russia, Universal Music Russia & Warner Music UK. The actions are supported by the organisation representing record labels in Russia, the National Federation of the Music Industry (NFMI), and coordinated by IFPI, the organisation representing the recording industry worldwide.

The cases involve a sample of artists, for which the recording industry seeks court orders requiring VK to remove the infringing repertoire from its service. The record companies also seek a court order requiring VK to implement effective industry-standard measures, such as audio fingerprinting, to prevent unauthorised re-upload of that specific repertoire and to prevent unauthorised uploading of the companies’ catalogues generally.  The legal action also includes a claim for compensation of just over RUB 50 million (US$1.4 million) in respect of the infringing repertoire.

“For the music industry to grow and prosper, it needs digital partners that are licensed, that respect copyright and which pay artists and producers for their work and investment.  VK’s music service, unlike others in Russia, is an unlicensed file-sharing service that is designed for copyright infringement on a large scale.

“We have repeatedly highlighted this problem over a long period of time. We have encouraged VK to cease its infringements and negotiate with record companies to become a licensed service. To date the company has taken no meaningful steps to tackle the problem, so today legal proceedings are being commenced.”

Leonid Agronov, CEO of NFMI, said:  “Music companies in Russia need a secure environment where they can invest in artists, offer new music to consumers and develop a viable business. Today this is extremely difficult due to the unlicensed service of  vKontakte, which is earning revenues from music without respecting the rights of those who created and produced it. This is why NFMI has  supported the efforts of the international industry to persuade vKontakte to stop its infringements and why we support the legal proceedings filed today. This is an action which can benefit the whole music industry in Russia, and an opportunity to improve the business environment for those who depend on copyright and other rights for their livelihood.”

VK is the most popular social network in Russia, with more than 88 million registered users from Russia and 143 million worldwide.  Its music service has a vast amount of infringing material stored on its music service, with thousands of copies of most of the tracks in the Russian and US Top 20 Charts.  The social network generates revenue from targeted advertising, and the company is reported to have made USD $172 million in revenue in 2012.  VK has never paid the claimant companies for the use of their recordings.

Record companies are committed to developing a thriving licensed music business by making music available to consumers via different licensed channels and formats.   A number of digital music services are licensed in Russia: consumers can choose from free, ad-supported, subscription and download services, including Yandex, Trava and several mobile operators, as well as global music brands iTunes and Deezer.

However, despite its potential to be a top 10 world market,  the licensed Russian digital music business remains marginal, ranking the country outside the top 20 among music markets internationally.

As the largest social network in Russia, vKontakte’s unlicensed service is a significant factor in this under-performance.  Russian recorded music revenues in 2013 totalled RUB 2.2 billion (US$69.4 million). By contrast, record companies globally have developed a fast-growing digital music business worth US$5.9 billion globally, licensing hundreds of digital partners in over 100 countries, ranging from paid-for downloads to free streaming services.

There has been extensive public comment and media coverage, in Russia and internationally, about VK’s record on copyright infringement. In February 2014, the US Trade Representative’s annual report listing “notorious markets” for piracy named VK for the fourth year running.

IFPI is the organisation that promotes the interests of the international recording industry worldwide. Its membership comprises some 1,300 major and independent companies in 66 countries. It also has affiliated industry groups in 55 countries. IFPI’s mission is to promote the value of recorded music, safeguard the rights of record producers and expand the commercial uses of recorded music in all markets where its members operate.

VK, formerly known as ‘vKontakte’ and still often referred to in Russia as ВКонтакте (‘in touch’ or ‘in contact’), is the most popular social network in Russia with more than 88 million registered users from Russia and 143 million worldwide. Web monitoring companies report that 49 million unique Russian users visit the site each month[1]. In January 2014, the founder of VK reported that the site registered 60 million visits in a single day[2].

The VK site looks and functions in a similar fashion to Facebook. However, unlike Facebook, VK operates an unrestricted music file sharing service.  It offers users the ability to upload and store music and video files which then become available for all other users of the service to search and stream. Any music file stored on VK can be added with a single-click to the user’s own music library. Music and video files uploaded by a user can be found by all other users regardless of the uploader’s privacy settings, and the site’s functionality does not enable the uploader to prevent them from being shared further, nor remove them from the service once uploaded.

VK Music offers a site-wide search function and the amount of unlicensed material stored on the VK music service is vast. Thousands of search results are shown for popular titles. For instance, a search in February 2014 the track ‘Young and Beautiful’ by Lana Del Rey showed 69,211 results and a search for the track ‘Radioactive’ by Imagine Dragons found 84,857 results. Searches for the Top 20 Billboard singles from the US Billboard chart, the Top 20 UK singles, and the Top 20 Russian singles for a week in February 2014 found thousands of copies of most tracks. On average, 21,386 links to each track in the Russian Top 20 were located on VK Music and 20,302 links to each track in the US Top 20. Technical analysis found that all music content uploaded by users is stored on and accessed from VK’s own servers.

VK offers copyright owners a process to request the blocking or removal of infringing content from the site. However, the process is heavily weighted towards the individual who uploaded the infringing material and can require the copyright owner to request a court order before the content is removed. The process is time-consuming and the document published by VK outlining the process requires individual requests to be issued and pursued for each single instance of infringement.

VK generates revenue from targeted advertising, a virtual token system known as ‘votes’ that can be purchased by users to pay for gifts, and in-app purchases. The site is reported to have made USD $172 million in revenue in 2012 from these activities with most revenue generated by advertising.

Despite a growing choice of licensed digital services,  including advertising-supported services that are free to the consumer, Russia’s digital music business is highly undeveloped by international standards.

Recorded music revenues in 2013 totalled RUB 2.2 billion (US$ 69.4 million), making Russia the world’s 23rd music market by size.  Based data published in IFPI’s Recording Industry in Numbers in 2014, music revenues per capita in Russia total US$0.5 compared to a European average of US$8.4 per user.

New services, established in the last two years are already illustrating the massive potential for a licensed digital music business, helping the overall recorded music revenues in Russia to increase by 12.5% in 2013.

Digital revenues account for a growing share of the Russian music market overall (56% in 2013), the majority of which comes from downloads, mobile products such as ringtones and subscription streams.  In 2013, digital revenues were boosted by the arrival of iTunes which has seen a sharp increase in download revenues from a small base. This helps illustrate that consumer demand exists for legitimate paid-for services, and that the potential is high to build a sustainable and diverse digital music sector within Russia.

Yandex, the free-to-user streaming services is licensed by local and international record companies. Deezer, the international subscription service, was established in Russia in 2012.

Widespread copyright infringement means that artists receive little revenue from the exploitation of recorded music in Russia. Artists attempting to make a career from music are therefore denied investment from record companies and forced to rely on whatever income they can make from live performance.

IFPI’s Pro-music website www.pro-music.org provides a comprehensive directory of licensed digital services for over 150 countries. A number of digital music services are licensed in Russia, with consumers able to choose between free ad-supported, paid-for subscription, and download services. The site lists the following licensed services in Russia: